Welcome to my weekly #FungiFriday post! Every Friday I aim to post my latest photos and learning from the Kingdom of Fungi (where I live). You can see my Fungi Friday archive here.

Last Sunday I was taking apart an old shed. Plenty of wildlife had made a home in the shed, including lots of large spiders, woodlice and springtails. Pulling the panels away, I was amazed to find this very small mushroom sitting there on a wooden panel. 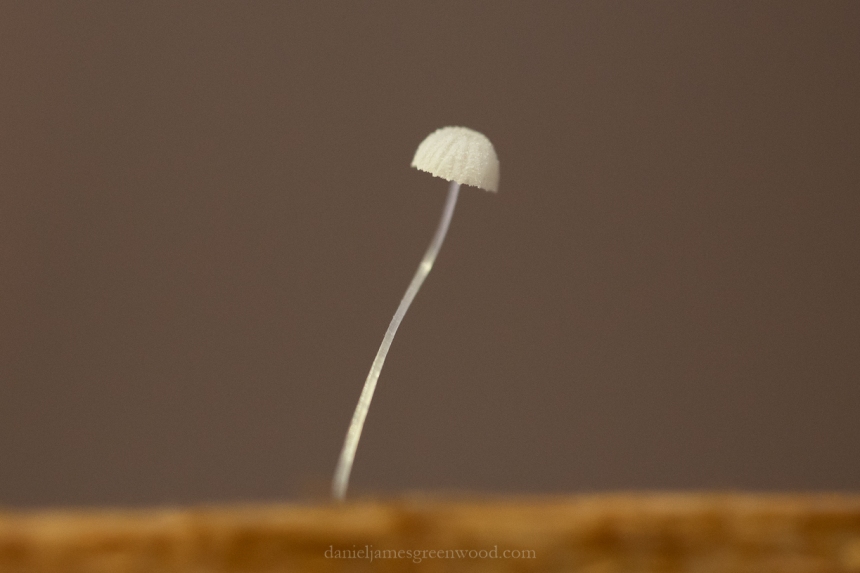 This is a species that I’ve posted about on a previous Fungi Friday but instead when it appears in the fissures of tree bark. This shroom shows the ability for fungi to get into any appropriate micro-habitat if the spores can reach them. This shed was very damp and moulds were already building in places. I was simply speeding up a process that fungi and other recyclers had started.

If you look at the image above you can see the scale of the mushroom. It’s miniscule! To photograph it I used a macro lens and a macro adaptor to get even closer. 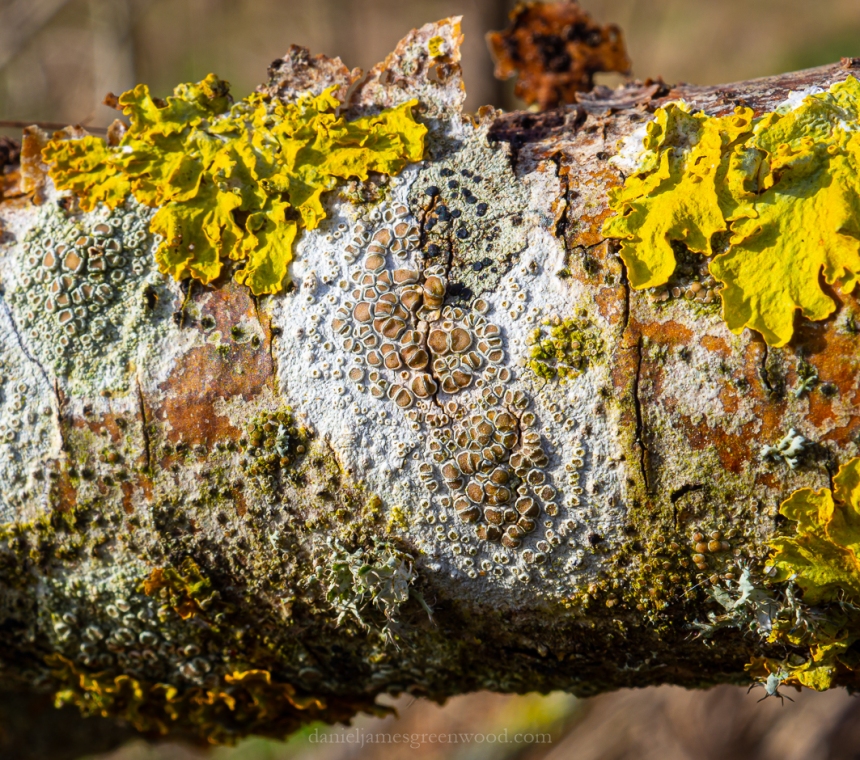 Meanwhile at the river Rother in West Sussex, my poplar branch patch was drying out due to lack of rain and some unseasonably warm sun. It gave the cyanobacteria and algae the chance they need to turn some of that light into sugar and feed the fungus that puts a roof over (under?) their heads. 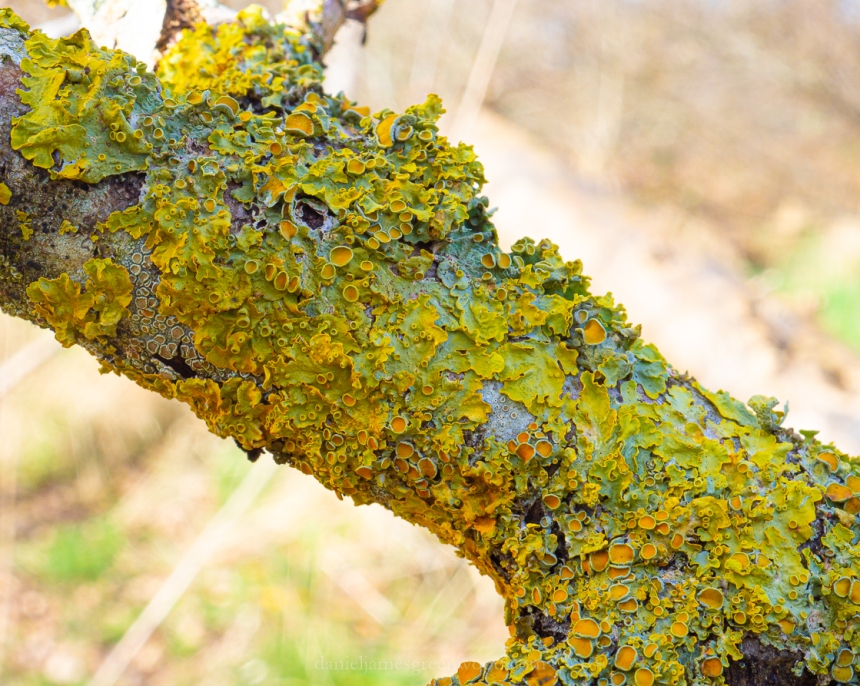 The History of European Forest Exploitation

#Amphibigram 🐸 . They're back! Today I heard the familiar croak of frogs. They were massing in the flooded grasslands along the River Rother in West Sussex. . There were a lot more last year and the warmer weather seemed to bring out their chorus 🎶 . It's so good to see them and to know that spring is really close now. At least the rain is good for someone! 🌦️ . . . #signsofspring #frogs #frogsofinstagram #amphibians #amphibiansofinstagram #amphibigram #southdownsnationalpark #sussexwildlife
A 1000-year-old oak holding up the whole universe 🌌 . I am an unreliable astro photographer. I forgot the plate for my tripod and so had to lie on the wet ground with the camera. This is also my smallest camera so hope to go back before spring with something more capable. . Lying on the ground meant when the shutter was closed I could lie back and see the universe for myself. It was absolutely astounding. . This was taken at about 19:30 when the cloud had moved away. Apparently that's the Orion nebula doing its thing towards the top of the pic. . . . #astrophotography #astronomy #olympusomdem10 #olympusphotography #southdownsnationalpark #SussexWeald #nightphotography #nightsky #darkskypark #darkskies
Sunrise in the Sussex Weald 🌄 . This beautiful oak caught my eye as the sun lit the fire of bracken around its roots. . . . #sussex #theweald #oaktrees #landscapephotography #landscape_lovers #SussexWeald #highweald #quercus
Lichens, a collaboration of organisms greater than the sum of their parts 💙 . Nature teaches us the importance of unity and diversity. . . . #iloveEU #FungiFriday #lichens #lichenlove #LichenJanuary #lichen #macro #macrophoto
Not just lichen it, lovin it! 💙 . Wishing you all a very happy #LichenJanuary . . . #lichens #lichenlove #macro #macrophoto #olympusphotography
Dewdrops on honeysuckle 💎 . A beautiful morning with the sun melting the frost into delicious dewdrops. Macro photography doesn't get much more pleasing and engrossing than this (taking the pics I mean!). . If you look closely at the second pic you can see the pine trees and heathland reflected upside down in the dewdrop 🙃
%d bloggers like this: