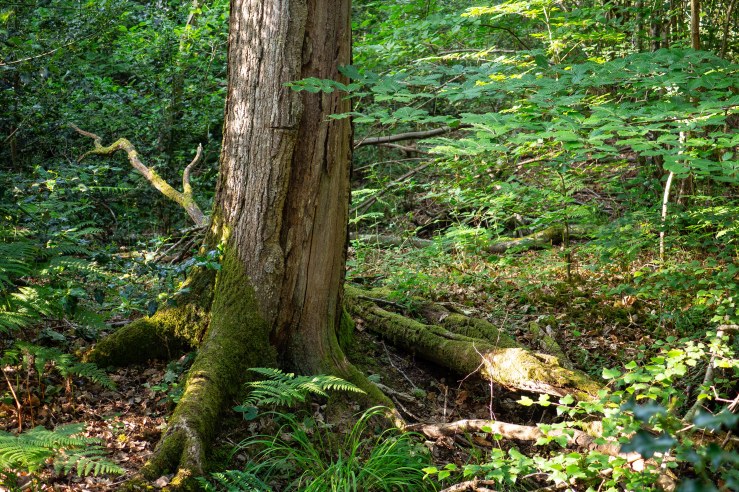 At last, this week some rain arrived. I headed to my local woodland to see if any mushrooms had taken the bait. I went there with a slender hope of seeing anything because it has been so dry this spring.

It was pleasing to see special woodland plants such as common cow wheat, another of those species which is not actually so common anymore.

The bryophytes also looked more lush and watered after a day of rain in the past week. 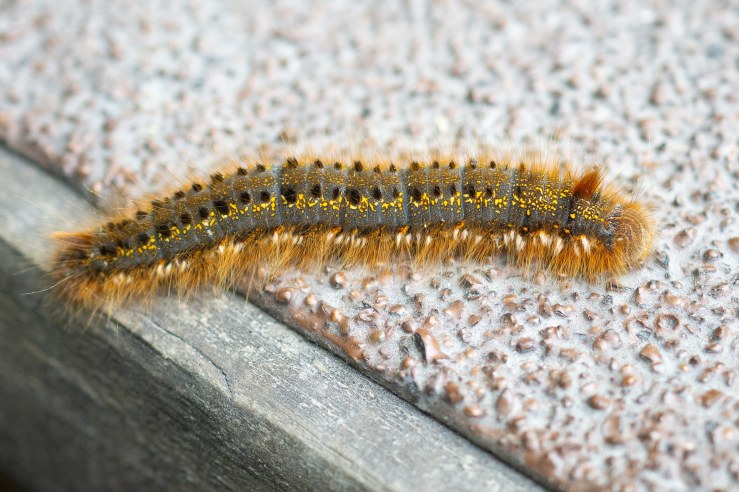 This stunning drinker moth caterpillar was chilling (literally) on a boardwalk. I moved my fellow redhead to safety before it got squished by evening strollers. 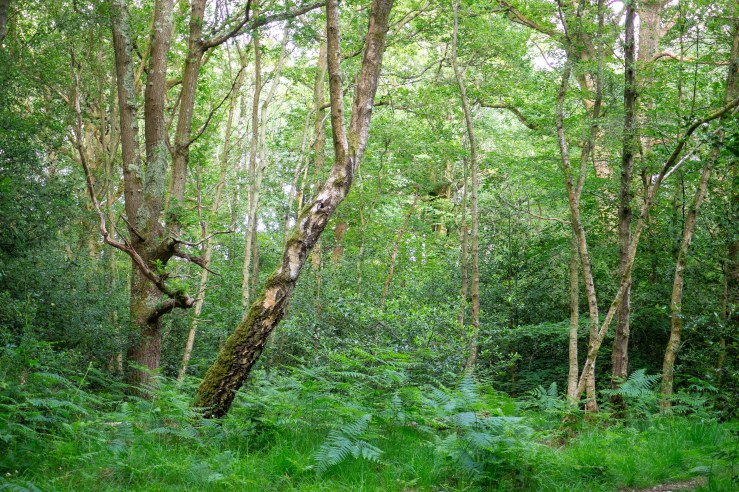 My special summer patch was free of fungi, it may be another month before anything comes up there.

Just like last week, green elfcup was evident in those beautiful blue-green stains on bits of fallen wood. 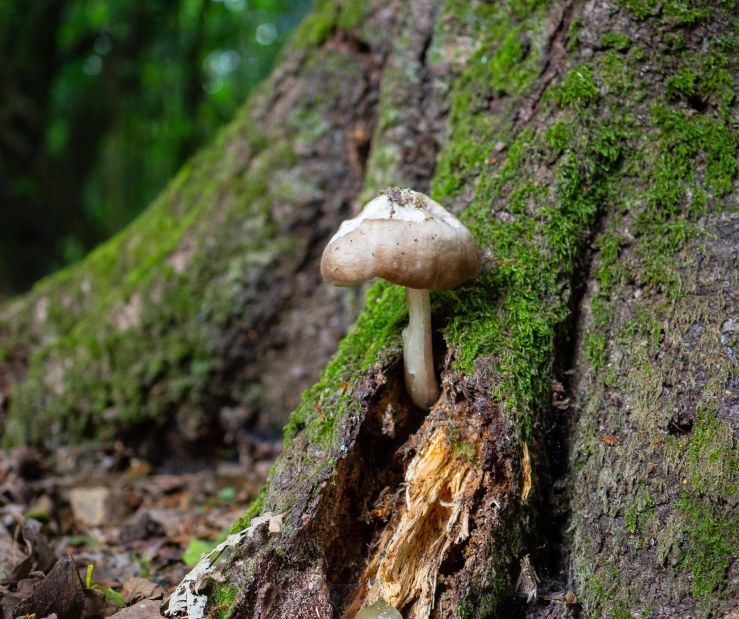 I was quite startled to spot this growing out of the buttress of a tree. I think this might be rooting shank, a species which is often found at this time of year. It’s a signal of summer.

The slugs are obviously hungry at the moment because much of the fungus had already been eaten. The slime trails below are the smoking gun.

Nearby I saw what I thought was an old tennis ball. Upon closer inspection it was in fact a mushroom making its way up into the world.

This is almost certainly a member of the Amanita family, home to fly agaric and the death cap. It could be tawny grisette. You can see it is appearing from a veil. There is the typical Amanita patchiness to the remnants of the veil. I did wonder if this might even be Caeser’s mushroom. I will try and check back in a few days if it can last that long.