This is an update on my Oaks of London photography series. The photos have been taken with DSLRs, compact cameras and my phone camera. Rather than trying to put together a glossy array of ancient oak photos, I want to draw attention to the unseen trees fighting it out with modern London, many of which are teetering on the margins. Lack of funding to protect and manage London’s oaks is biting, as is a lack of understanding and appreciation of their heritage and wildlife value. These trees have stories to tell.

Photographing the oaks of London is a fairly impossible but very slow and enjoyable project. South-east London is, quite literally, a walk in the park. Such is the extent of green space south of the river that there are many oaks to be found and some very closely concentrated, especially in Dulwich or Honor Oak, which I covered last year. But moving into new areas can be tricky, London’s oaks are on the margins now, they no longer form the central, spiritual role of Celtic or event recent times, when gospel oaks held prominence in settlements or when the Druids (the knowers of oak) made sacrifices before them, something I am not suggesting we bring back in 2017. One of the things I’ve learned this year, also after having read some of Aljos Farjon’s new book Ancient Oaks in the English Landscape, is that old parks and estates are key to the survival of oaks.

In March 2017 as part of a walk with London Wildlife Trust, we were led by Mathew Frith around Danson Park and Bexley Woods. Two oaks stood out in this walk, an area I would not have known about without the connections I have with the Trust and exposure to knowledge of people like Mathew. One oak, the Bexley Charter Oak, can be found in TimeOut’s The Great Trees of London, and it has a lovely fence around it protecting its root plate. The tree is some 200 years old and reflects the treatment that all these oaks deserve to have, if they stand in similar surroundings. 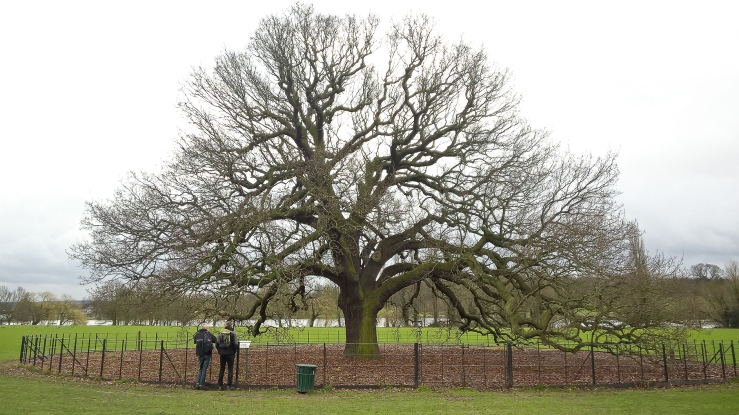 Another oak is not faring so well and is not treated with the same level of affection, or perhaps simply a different kind. Walking through Bexley Woods and following the river Shuttle east brings you to an oak quite unlike one I’ve seen.

The oak is entirely hollowed out until about human waist-height, with charred sapwood that shows it has had fires lit inside. It is a stunning tree, wild and exposed on the edge of the river and a footpath. It is a symbol of London’s oaks on the edge: unprotected, vandalised but fighting on. The tree still lives. In many ways the actions here of what you can only expect to have been children or ‘wayward’ teens, is a process of veteranisation. The only difference is that rather than being undertaken by arboriculturalists, it’s the unintended work of the public. 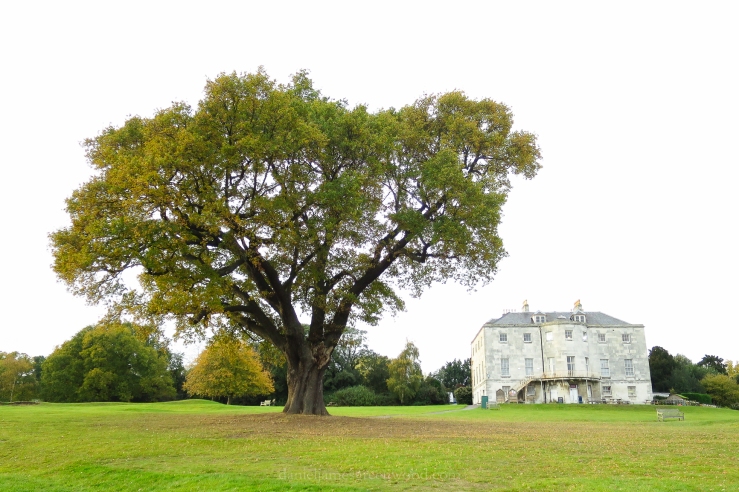 Shifting south-west to the boundary of Lewisham and Bromley is Beckenham Place Park. This old country estate, fit with a mansion house very similar in style to that of Danson Park, has open parkland and many fine veteran trees. On the hill is a remnant of the Great North Wood, the typical oak-hornbeam and hazel mixture that can be found in chunks all the way up to Dulwich. Thanks to Lucy Mitchell for showing me round. 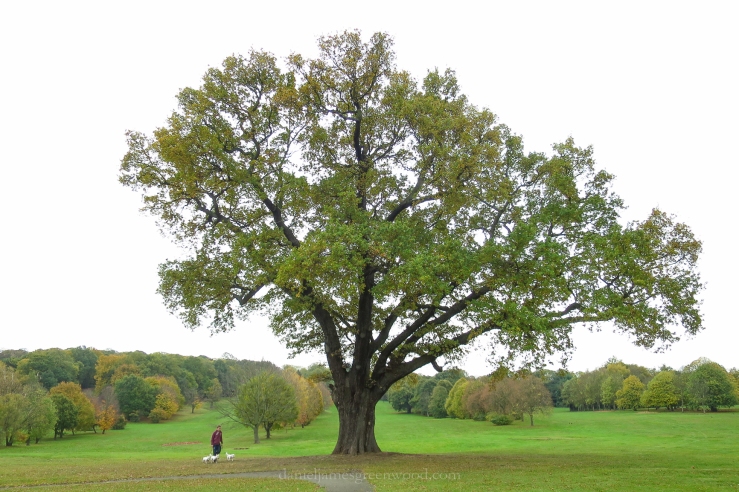 The oak featured here is a lapsed pollard, meaning that it was likely once cut back higher up but has, like many old oak and beech trees across London, been left to restructure itself. This oak is somewhere between the two Bexley oaks mentioned above. It needs the care of the Bexley Charter Oak as it is experiencing stress and strain from its exposure to footfall. Looking closely at the buttresses you could see that dogs had been digging holes, pooing on the roots, and that the collective trampling was exposing roots in some places. It’s a tree you just want to hug and climb, but its spot right there in front of the house leaves it open to quiet, unintended harm.