The Swanscombe marshes are threatened by an impending planning application by London Paramount. They want to build a theme park on this vast wildlife haven. Is that really the best use of wild land when wildlife is in severe decline in Britain? I don’t think it is. I visited Swanscombe in March and have written this poem. There is a petition by a locally-led campaign to save the marshes, please sign it if you like what you see here. 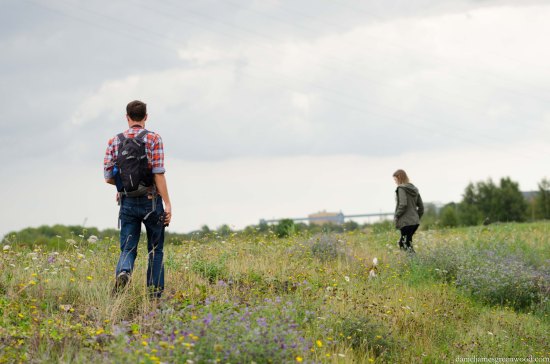 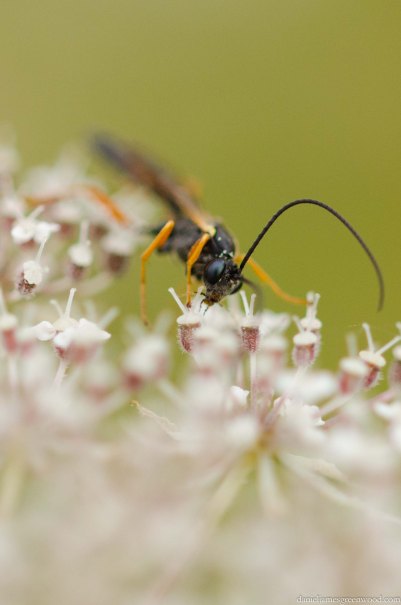 The grasslands along Black Duck Marsh are covered by wild carrot, birds-foot-trefoil, kidney vetch, red clover and a number of other nectar rich plants. This has attracted a number of interesting insects which have seen flower rich meadows and waysides disappear over the past 50 years. The insect above is an ichneumon wasp, one of over 2000 species in Great Britain. 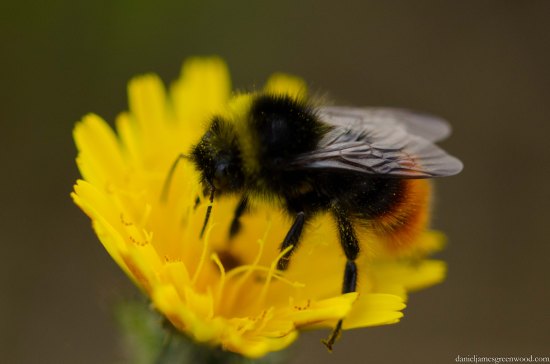 It’s unusual to see early bumblebee around in August, but here one was, feeding on hawkweed oxtongue, a weedy plant that provides a great deal of nourishment for invertebrates at this time of year. 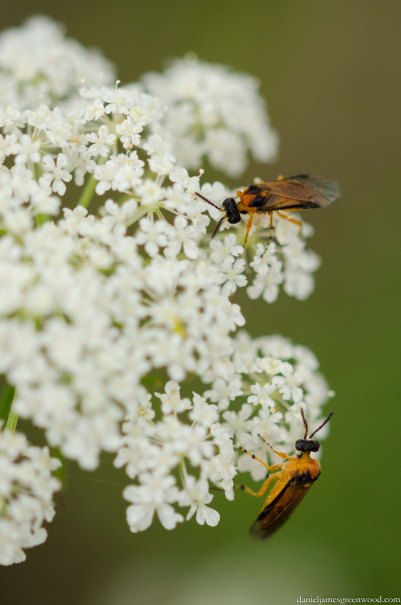 Turnip sawflies were seen across many of the flower heads of wild carrot, a common plant at Swanscombe. Sawflies are lesser known pollinators related to bees and wasps. 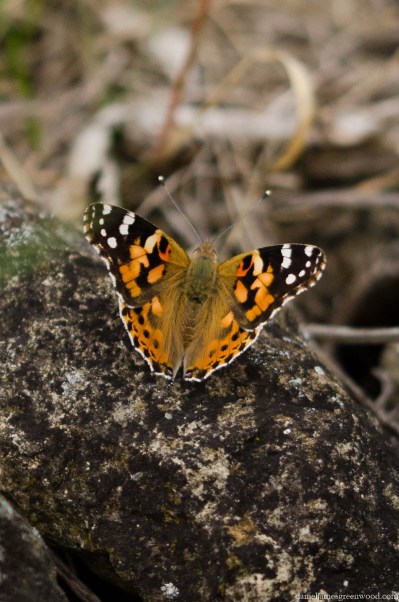 Sited alongside the Thames, it was not surprising to find a few migrant butterflies. There were a number of clouded yellow (too quick and unsettled for me to photograph) and this painted lady. It was fresh and may well be readying for its amazing journey south through Europe to North Africa where its parents had set off on their journey in the spring. How they can find their way back is not yet known to science. 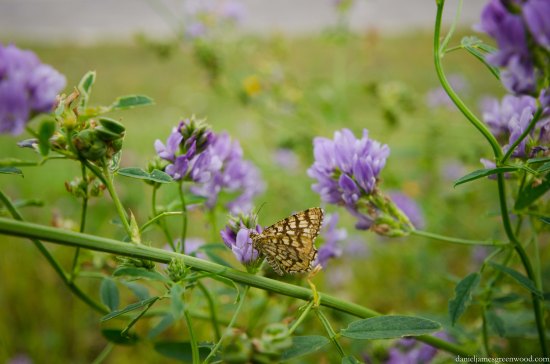 On the southern slope of the rocky bank that runs through Black Duck Marsh, lucerne grew in large clumps. Even on a grey and breezy day there were a number of butterflies there. This, however, is a day-flying moth, the latticed heath. 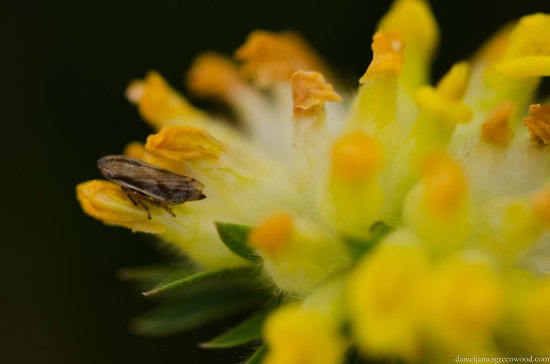 There were patches of kidney vetch growing along the rocks of the Black Duck Marsh bank, and we wondered if small blue, a very rare butterfly in Britain that relies on the plant, could be present. We didn’t see a small blue but I did find this common frog hopper, the insect responsible for what I knew as a child to be ‘cuckoo spit’. 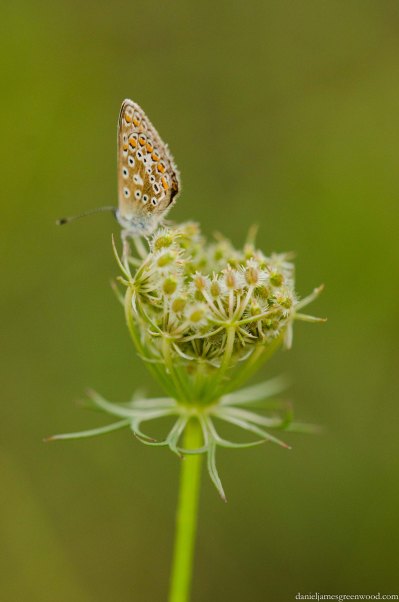 Common blues were flying low in the grass, possibly laying eggs on birds-foot-trefoil. 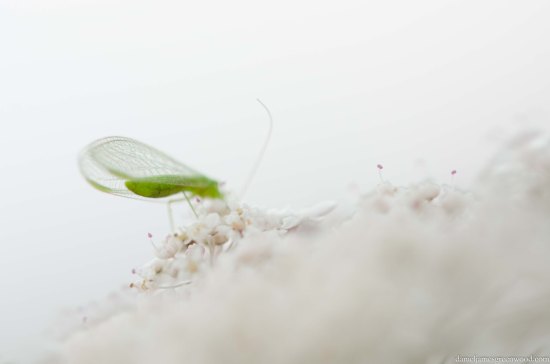 The breeze made macro photography very tricky, but I tried to make the most of the grey sky, wild carrot and lacewing feeding on its flowers. 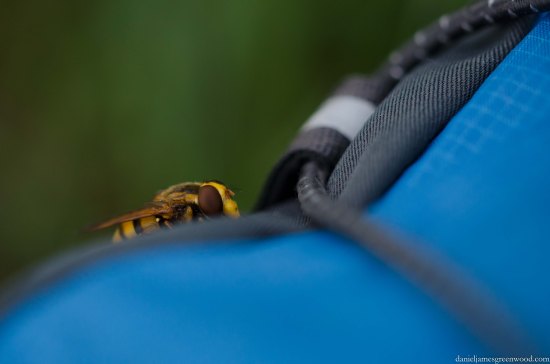 Sitting on the bank of Black Duck Marsh we were visited by this stunning hornet mimic hoverfly, Volucella inanis. This insect is in the family Volucella, a group of hoverflies which mimic bees and other Hymenoptera (bees and wasps) in order to deter predators and instead fool them into thinking they’re a threat. 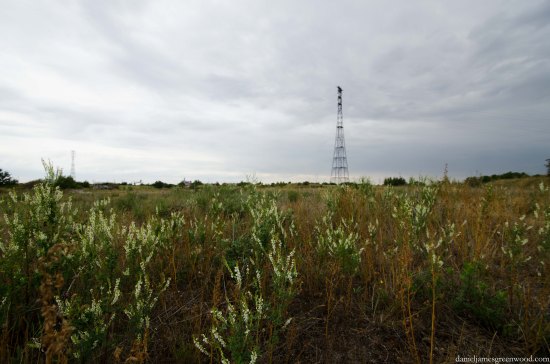 Brownfield is a poorly understood habitat, it is also in the firing line as the housing crisis intensifies in the south of England through lack of affordable housing and poor planning in central London (I’m referring to the luxury accommodation, property banking boom), to name but a few symptoms. As for its importance to wildlife, willow tit is a severely declining bird in England but is now seemingly favouring brownfield over ancient or more established, secondary woodland. Brownfields are often so rich because, like Swanscombe, they are free of pesticides and are left to establish of their own accord. Many brownfields are more precious and indeed green than parts of the Green Belt, a measure ordained to protect open space. They’re also pointers to the feeding opportunities that non-native species like the above white melilot can offer to native insects like bees, a group of insects that offer £560million to the UK economy through pollination (Bumblebee Conservation Trust). 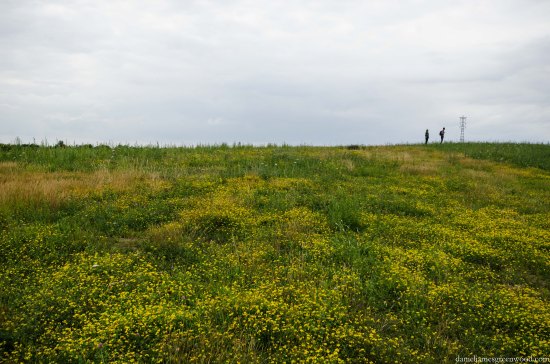 The Channel Tunnel could be heard as it raced underneath our feet. The above photo is the largest spread of birds-foot-trefoil I have ever seen, all growing on the spoil from the original development of the tunnel. Again, brownfield habitats can be some of the richest in Britain. This area would be lost to the development. 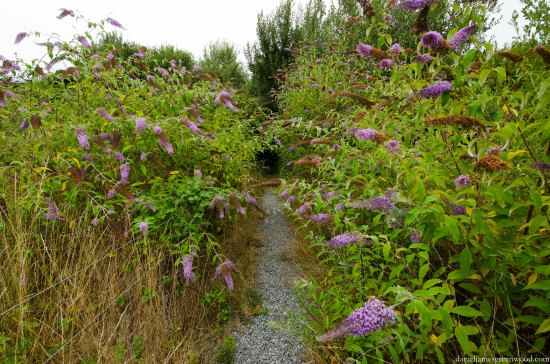 There were a number of pathways cutting through the marshes, like this buddleia byway. 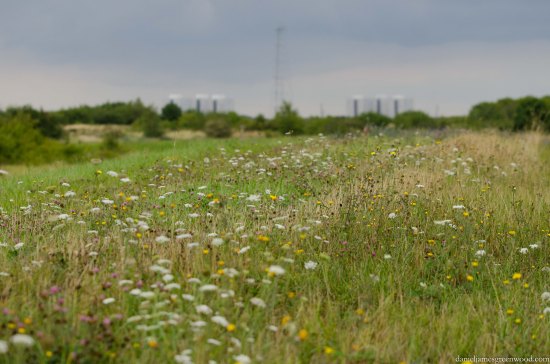 My single memory from visiting Swanscombe Marshes in August will be the colour of the grasslands, the yellow of the trefoil, the white of the carrot and purple and blues of the lucerne. Please sign the petition to raise awareness about this unique and diverse wild place. There is time to make a difference and Save Swanscombe.

See more at the campaign page for Save Swanscombe Marshes

Happy #FungiFriday everyone! 🍄 . We may be in hibernation but fungi is still out there making the world go round, feeding the trees and recycling all the organic matter on the heap! 🌍 . Today I'm reminiscing about a mushroom classic in autumn 2019. Things are dry and difficult to get to out there right now as you may have heard! 🙉 . You can see more pics in my #FungiFriday blogpost by following the link on my profile. . . . #fungi #mushrooms #fungusamongus #shroomstagram #shroomatnoon #macro #macrophoto #macrophotography
Decided to keep this pic. Looking for mushrooms with @spagheddielegs in the Carpathians, SE Romania, April 2015 🍄
The bees are back! 🐝 . This little solitary bee was enjoying the amazing spring sunshine we have had in Sussex this week 😎 . It's getting to be insect macro time, especially with all the time in the garden to come over the next few weeks (at least). Looking forward to meeting some new insects this year! 🦗 . . . #macro #macrophotography #gardensafari #sussexwildlife #insectsofinstagram #insect_macro #instanature #beesofinstagram #bees
The first cowslips of the year appearing in the South Downs 🐄 . Rather than being a trip hazard, these primroses are so named because their leaves look like a cow's lips (apparently) 💋 . Hence where its relative the oxlip gets its name 🐂 . . . #cowslip #primroses #spring #springflowers #southdownsway #southdowns #sussexwildlife #wildflowers
Spring is firing itself up out there 🌄 . Weeping willows have a beautiful glow about them when they are coming into leaf. . I for one will be spending as much time in green and open spaces when I can in the months ahead. Do not underestimate the good it does to us all. . . . #spring #signsofspring #weepingwillow #willow #sussex #treesofinstagram
This yew tree is 1200 years old! Check out its CV: . Brexit ⏳ Second World War ✔️ First World War ✔️ Napoleonic Wars ✔️ English Civil War ✔️ The Plague ✔️ The Norman Conquest ✔️ A sapling during Viking invasions of Britain 🍼 . Trees have all the answers. . . . #ancienttrees #southdownsnationalpark #southdowns #treesofinstagram #trees #farmlife