Welcome to one of those weeks that is little more than a lament at how dry southern England is. This week I’ve been in two different woods and the story is the same – the recent rain in Sussex has not given much of a boost to fungi. I managed to zoom round a local woodland one lunchtime and found a couple of things. 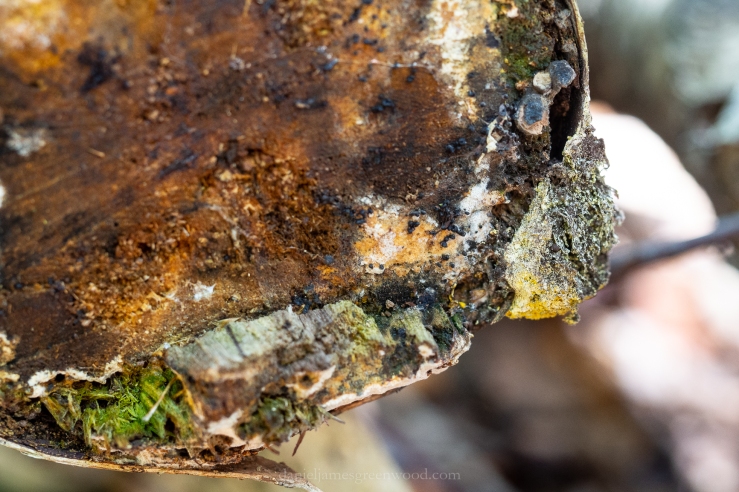 To give a sense of the impact of warm dry weather, even in the space of about ten days, check out the difference here. What is now a very dehydrated piece of birch wood was previously alive with slime moulds and all kinds of other life.

It is mainly a matter of rehydration, however, and when the temperatures drop and more rain arrives, the show can go on. 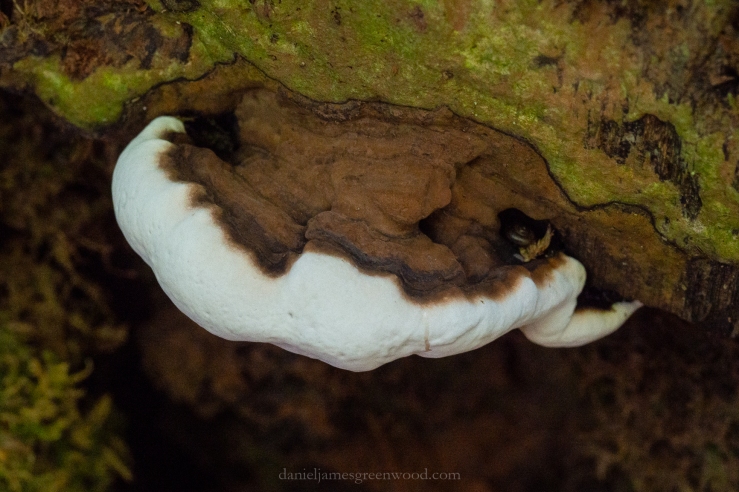 This is a species of Ganoderma bracket fungus growing on fallen wood. I only later noticed that a snail is hidden away in a nook of the fruiting body! You can tell I was in a rush. I wrote a lot more about brackets recently. 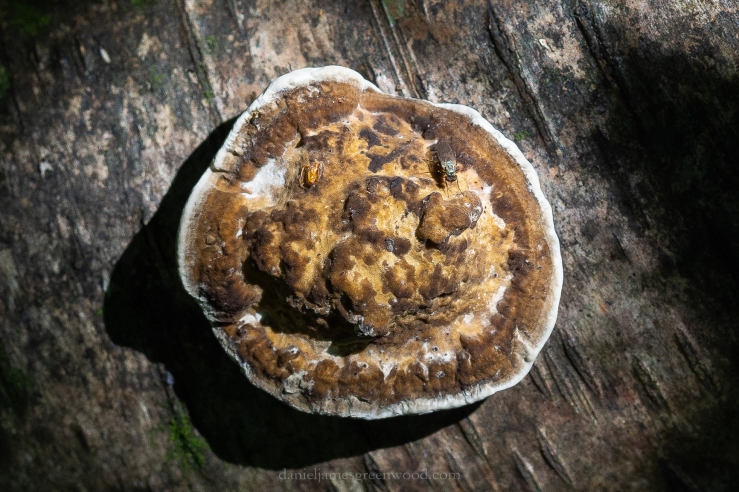 This is smoky bracket, not an omlette. I have seen this small community of brackets growing over the past few weeks. Again, it was only later that I noticed the other life, in this case a resting fly.

I was pretty disappointed in this mushroom hunt but then it was somewhere between 25-30 degrees (Celsius). The area which I’ve mentioned before, that has been opened up, is now experiencing more trampling, including mountain bikes coming through. From my experience of woodland management, that was predictable.

But some management that was really positive was the creation of dead hedges of logs and branches in a well-shaded area. This was where the mushrooms were hiding! I found a nice patch of oysters that were swamped/protected by brambles. This is a nice edible mushroom, not that I’m picking.

I also spotted this small mushroom, such a joy to find something. I like its veiny-cap and the reddishness. I’m not sure of the species.

Dry times such as these make alternative topics a pressing need. At the moment I’m researching an article on fungi and Chernobyl, so stay tuned for that.