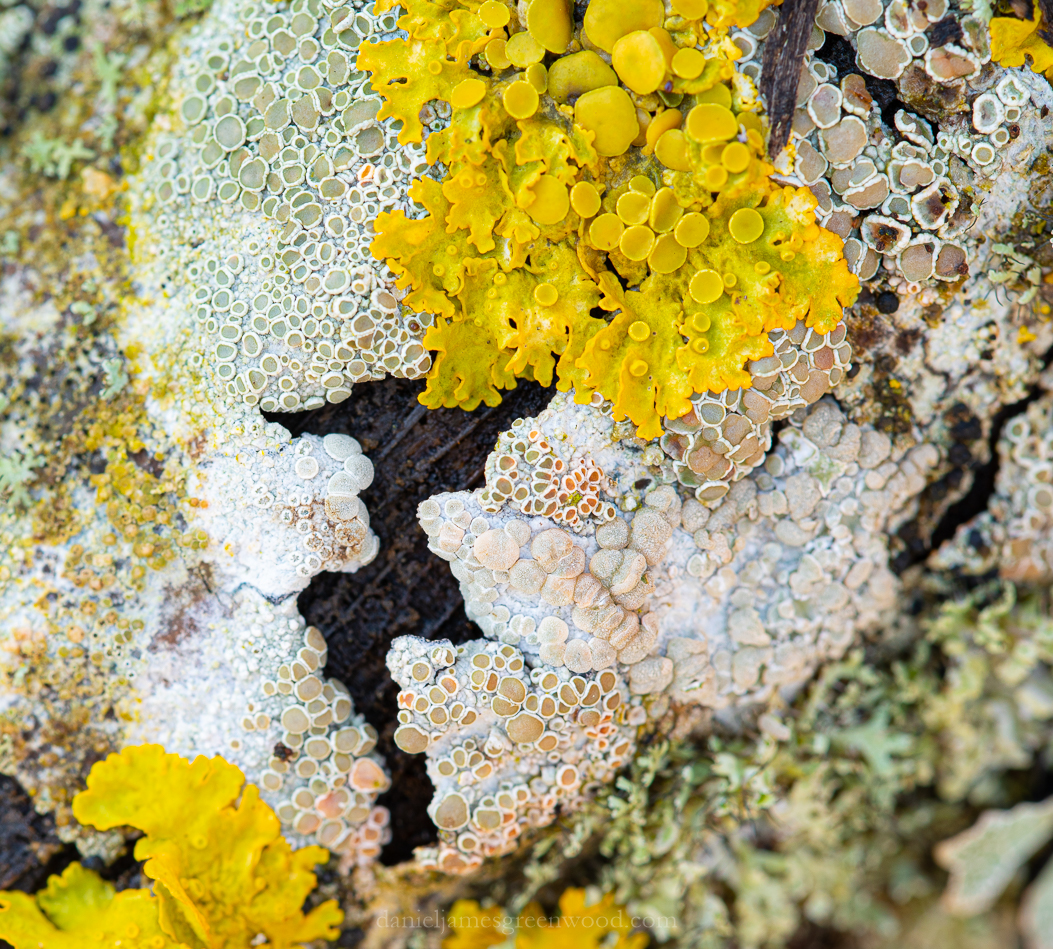 Once again in England we have to stay at home to stop the spread of the horrific Coronavirus, with only one exercise trip outside allowed each day. When I’ve been heading out I’ve been passing through a local churchyard and cemetery on some days. These are the perfect places to find lichens, especially where there are old gravestones and trees. I thought I would kick off #LichenJanuary by looking at one of the most common lichens, which may help people to gain an interest and see that there is a way in. To identifying them, rather than becoming one.

A quick intro to lichens. Lichens are a partnership of fungi with either algae or cyanobacteria. The fungus provides the physical structure for the organism and the algae or cyanobacteria turns sunlight into sugar through photosynthesis. Fungi, to my knowledge, are not able to photosynthesise. This is another reason why fungi partner with plants, which of course are able to harvest sunlight for food. There are a number of species on the branch seen here. The most prominent species is showing off its cup fungi, a type of ascomycete (ass-co-my-seat). Ascomycetes produce spores in the ‘ascus’ (singular) or ‘asci’ (plural) and shoot them out. Most mushroom-type fungi are basidiomycetes, which drop spores from the ‘basidia’ in the gills.

Now, fungi are hard to identify, and lichens can be even more difficult. That is such a massive understatement, because some fungi will never be seen and some lichens you just won’t ever notice. We’re talking generally of things you are likely to see in your life. Above and below is a common European lichen, tolerant of air pollution, which many lichens are not. It’s the golden shield lichen, Xanthoria parietina. If you want to learn more about lichen ID I would really recommend using iNaturalist which has good artificial intelligence and also some experts floating around who will help you to ID them.

Here’s another close-up of the golden shield lichen. It really can be found all over, and looking at its behaviour above, you can see why. It is a dominant species in urban areas.

From the top of the image above you can see Xanthoria creeping in on some rather pretty lichens. This is my favourite ever lichen photo. I spotted this fallen poplar branch several days before I took this photo and returned again to capture it.

Here’s Xanthoria with a hint of its pale blue colouring. Like other species which benefit from the increase of nitrogen dioxide in the atmosphere and the soil, nettles and brambles, for example, I think Xanthoria is a symbol of our impact. As things change over time, I wonder how its dominance will shift over time.