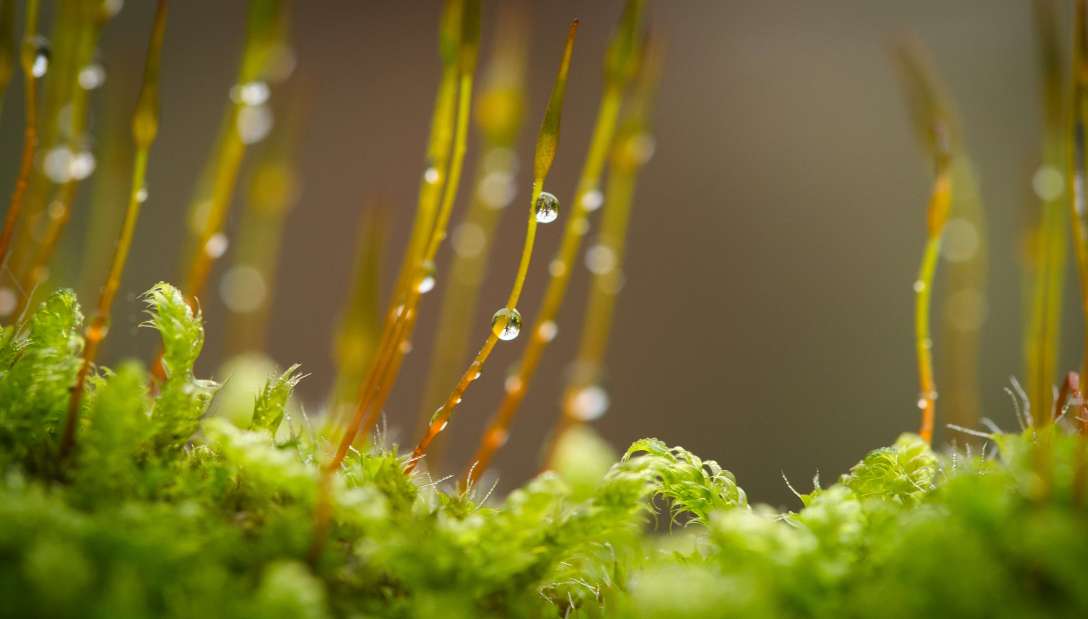 As someone who works from home 9-5, I have to break up my days and get exercise through one or two short walks a day in the daylight hours. I often pass through a cemetery on one of those walks. Last week I noticed a double gravestone which was acting as a green wall. It was absolutely dripping in moss. I tweeted about it:

The best moss images I’ve managed to take have been in the New Forest National Park. This is juniper haircap moss, which I caught just as the evening sun was slipping away:

I liked the mossy cemetery scene so much, and even though I stepped in dog poo at the time, the next morning I headed back. This was the photo I had in mind:

I had about fifteen minutes and this was the best I could do at the time. I really need a tripod and more time to get this right. Nevertheless, when I looked closer at the stone itself, I noticed a herd of miniscule invertebrates:

I recognised them as globular springtails. This is possibly my first attempt so hopefully I can get a clearer image in future. There’s a helpful guide to them here. Springtails are found in huge numbers in soils and are a key part of soil biodiversity. Apparently they also enjoy graveyards.

This is not over. (Technically for this week it is, but you know what I mean). Hopefully more springtails next week.

2 thoughts on “Macro Monday: when moss is boss”