Hi everyone! After a bit of a break from podcasting, it’s great to release a new episode of Unlocking Landscapes. This has taken a while to edit but it’s a really relaxing one I think. So much so that I actually fell asleep when listening to one of the drafts a few months ago.

In May 2021 I walked 8 miles into the Sussex Weald to see if I could hear a cuckoo. The weather was fine and there were loads of birds out, many of them in full song. This is an episode best listened to through headphones so you can hear the birdsong, the wind through the trees and the buzzing of bees in the woodland landscape of the High Weald. It’s an immersive episode with a guided walk feel, focusing on listening to the surrounding landscape.

Please support this podcast by ‘buying me a coffee’ on Ko-fi: https://ko-fi.com/djgwild

Thanks for listening and I hope you enjoy the episode. 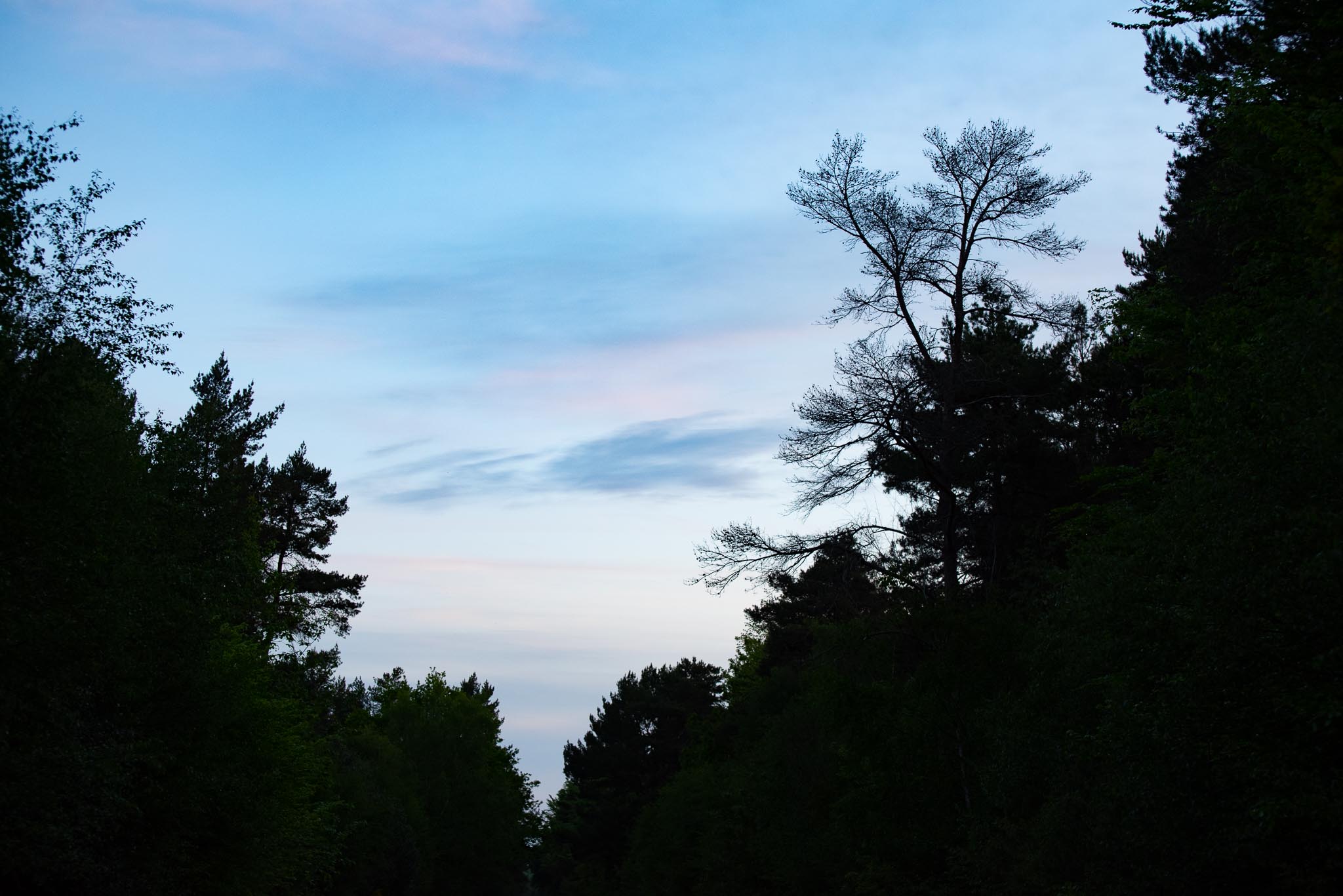 It’s the blue hour and already birdsong rises from the woods: an unbreakable wall of blackbird and song thrush. The thrush pierces through with repetition as the blackbirds pause. Chiffchaff, robin, wren, the cascading song of a willow warbler.

Straight away, the hoot of a tawny owl in the echoing micro-valleys of gills flowing through the woods. Over time new owl sound-posts arise in distant corners of the landscape.

5am comes. In the birchy patches roe deer crash away through old bracken. Their sheer weight can be heard. A roe barks a warning – we have been seen.

The owls’ calls grow with the onset of dawn. The darkness still sits in the beech, oak and birch woodland. Pine, forever green, holds it that bit longer.

A sound from far away, slipping over the owl and deeper into the Weald. The cuckoo, master messenger of spring. We heard him here last year and wonder if he is the same bird back from the Congolese rainforest where he spent the winter. Whoever he is his life has been richer than any human’s could ever be. And the female cuckoo, she too will be hidden away somewhere in silence, listening.

We meet the crescendo of the dawn chorus now. Owls hooting on the crest of song thrush and blackbird. Cuckoo rising over everything. Crows begin the first administrative duties of the day, checking outposts of their web and marking party lines. The owls will not be lost on them.

Down a sunken track enclosed by holly, we notice the shapes of bats hawking. It’s the path we need to take. On approach they disappear, as if they were never there. The mosquitoes landing on our foreheads are glad we’ve moved them on. I’d love to tell them, the bats will be back.