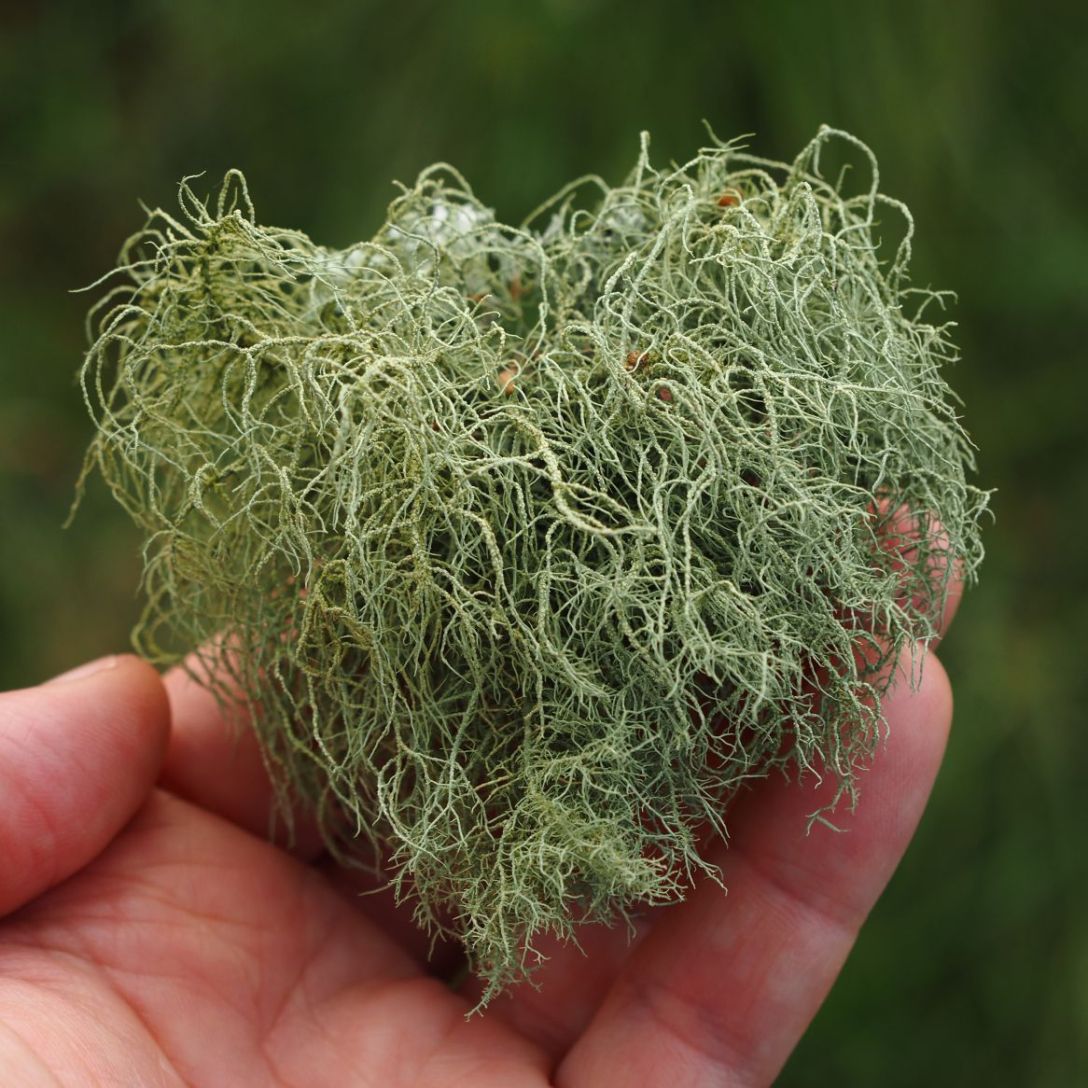 Happy New Year! Another pandemic year in the bag (yay) and a chance to look at some of my fungal highlights of the year that was.

I do appreciate that this post title does sound like I’m updating people on how my infection is going. That’s not the case.

My first fungi post was during England’s winter lockdown when we had to all stay at home again. Options for fungi photography were not great so I delved into my own wood-wide web. The post was about a favourite subject of mine, lichens on Dartmoor in SW England:

January 2021 also turned out to have a little mushroom boom:

Dark times continued through February 2021, but some brightly coloured jelly fungus provided a light in the dark:

Being privileged enough to work from home during the winter lockdown, I spent a lot of time at a computer. Behind me was a yukka plant that had spent the summer months outside. I was amazed (and a bit disturbed) to see that mushrooms were fruiting over my shoulder!

As winter drew to a close one fungus stood out in the woods:

A dry spring until April came with heavy rain. I finally worked out what common inkcaps were:

I gave two lockdown Zoom talks about fungi in 2021, one for London Wildlife Trust (video didn’t materialise) and one for Bell House, a learning charity based in SE London:

In July I found some very nice mushrooms and tried a bit of camera focus-stacking:

One of the few trips I managed to Sussex’s more remote ancient woodlands was in July:

A quick whip round an area of Ashdown Forest in August revealed some early signs of autumn:

I notice perhaps more deathcaps than I’d seen before when out and about in September:

A slow start to the autumn fungi season was dominated by these purple mushrooms in October:

One of my highlights of the year was encountering the stunning violet webcap:

At the crossing of October and November I was lucky enough to spend a couple of nights in Dartmoor National Park. It was dripping with mushrooms, a really special experience:

Thanks for reading and for your support in a challenging year for all. 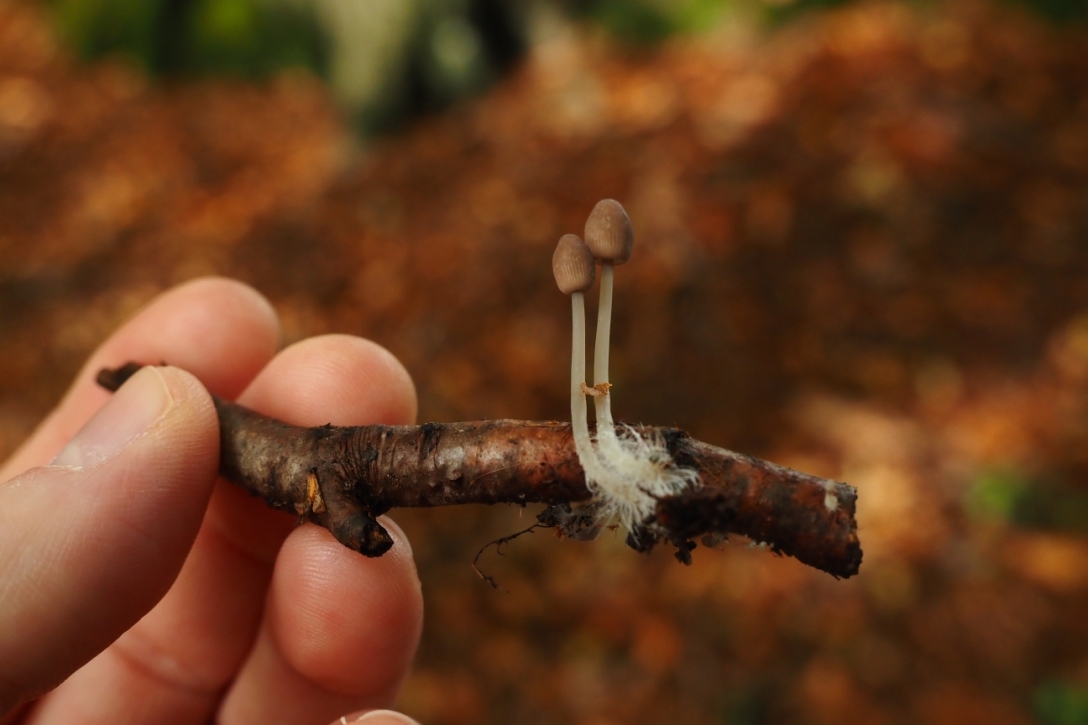 At the end of October I spent three days in Dartmoor National Park (on Dartmoor). I saw so many mushrooms there that I have enough for a post to cover each day. It’s a relief to have some images and sightings to share after a barren period. The mushroom season has arrived very slowly but Devon never disappoints in the fungi department come autumn. I need to say thanks to my partner Rosie who found a lot of the things shown here, exercising her squirrel gene.

As is usual for me, the fungi search was part of walks rather than seeking out food for the pot. The photos were taken with an Olympus E-M5 MIII with a 12-45mm lens and no additional equipment.

For more info about each species just click through the hyperlink of the scientific name in brackets. As ever I’m happy to be corrected if I have a species ID wrong, hence why I use iNaturalist.

The first sign of peak mushroom season was a greenway with mossy hedgebanks and some smatterings of woodland. I’ve seen ceps (Boletus edulis) growing from mossy banks in Dartmoor before, also in Sussex, and it seems to be a favourable spot for them. I wonder if it’s part of their ectomycorhizal relationship with trees growing in those banks.

Close by in the leaf litter was a trio of pink mushrooms that I haven’t identified yet.

Here’s a nice collection that we found on the ground.

Dartmoor is a very birchy landscape in places which inevitably makes it a good place to find fly agaric (Amanita muscaria). I was listening to an episode of the Mushroom Hour podcast after this trip (as in, journey) which included quite a lot of discussion about fly agaric’s cultural place in mycophobic cultures such as Britain. Have a listen for yourself here.

The fly agarics we discovered were all well beyond their best, which I think is really around September before the October rain and first leaf fall. They are clearly edible for some animals.

A scene from the wooded edge of Dartmoor’s eastern side. There are some fine woods around this part which will feature in the next post.

This was one of the nicer finds, what is probably golden scalycap (Pholiota arivella). It was a large spread at the base of a tree, where this group of mushrooms can often be found.

I’m not sure what species these leathery-brown mushrooms are but they were very attractive with that white trim to the cap.

The walk encompassed part of the Templer Way, an old tramway used to transport granite quarried from nearby Haytor Rocks. You can read more about the Templer Way here. Stone from this area was used in the construction of a version of London Bridge and part of the British Museum. As seen above, beech is quite a common embankment planting on Dartmoor, presumably by the Victorians, and perhaps even at the same time that the Templer Way was being constructed.

On the mossy bank (see a theme developing here) this false deathcap (Amanita citrina) had popped up. It can be distinguished from a deathcap by the remnants of the veil on the cap which make it look a little like a white fly agaric.

One species I haven’t seen much this year is porcelain fungus. There was one single fruiting body during this walk. This is a species almost always found on beech (Fagus sylvatica), even broken off bits of beech lying around can produce fruiting bodies.

On a large chunk of fallen beech wood this bracket fungus had grown. I’m not sure of the species. I’ve posted on iNaturalist to hopefully get an ID at some point.

In the same beechy area there was some slime mould growing on some of the more wet fallen wood.

Here you can see the beech leaf for scale against the very small slime mould. I do like this composition and the colour of the leaf.

One funny thing was finding this stagshorn fungus (Calocera viscosa) growing from a gap in a bench. I was quite disturbed recently to find it’s scalled stagshorn rather than staghorn, as I had known it for such a long time.

I love how this fungus looks like a little animated fire burning.

A distance away from the previous location I found the largest community of chantarelles I’ve stumbled upon. I’m not entirely sure if they’re two different species but some of them looked to me to be trumpet chantarelles (Craterellus tubeiformis). Again, nothing was picked and everything seen here had already been upturned.

I couldn’t resist a photo of these very photogenic glistening inkcaps (Coprinellus micaceus). The sheer dominance of moss on Dartmoor shows how wet the landscape is here.

There are many, many mushrooms I see that I’m not able to name. This will go down in that category, possibly forever.

After hiding from an unexpected, torrential downpour we hid under some holly trees where these mushrooms were growing. I think they’re a species of funnel (Clitocybe) but I don’t know.

Sulphur tuft (Hypholoma fasciculare) was at almost every location where other mushrooms were fruiting. It is possibly the most common fungus I encounter, especially in woodland. This was a lovely scene and no surprise that this mushroom was making a home there.

The weather really turned after this point when we reached the moor proper. You can see from the image above how unsettled the weather often is on Dartmoor. Haytor rocks can be seen to the right of the image.

The final mushrooms of the walk were found along the green lanes near the edge of the National Park boundary.

I’ve been meaning to write about the diversity of trees and plants in Dartmoor hedgebanks for years, but I hadn’t really considered their fungi. Above is an ascomycete fungus, a cup fungus. It’s probably hare’s ear (Otidea onotica).

This absolute bruiser of a mushroom is probably a pestle puffball (Lycoperdon excipuliforme). Usually it grows vertically from the soil but in this case was protruding at an exactly horizontal angle from the hedgebank.

As darkness fell, there was one final opportunity to see the mushrooms before night fell. This was the evening of the clocks going back one hour. The mushrooms above are clouded funnel, a common and fairly easy to identify fungus that grows in a group. It gets its common English name from the cloudy shading on their caps.

Thanks for reading. Stay tuned for episode two of ‘3 days on Dartmoor’.

Cep-tember: reflections on foraging in England 🍄

In the early weeks of September, the first autumn mushroom boom hit. This was after a number of stormy downpours finally gave up some of the long-held rain to the land below, where us humans are most of the time.… END_OF_DOCUMENT_TOKEN_TO_BE_REPLACED

Entangled Life: the book fungi have been waiting for 🍄

Merlin Sheldrake’s Entangled Life has been sitting on my bookshelf for well over a year. It might even be two years. It almost certainly has fungal spores on it, probably mould. I knew it was going to be an excellent book that contains huge amounts of fascinating info about the fungal kingdom because I’d read… END_OF_DOCUMENT_TOKEN_TO_BE_REPLACED

Hi everyone, I’m pleased to announce that I’m leading a fungi walk in Dulwich Park (SE London) on Sunday 23rd October 2022: The meeting point is near the cafe at 11am. The walk will last around 90 minutes. The walk is free to attend and is funded by the Dulwich Society. It’s been such a… END_OF_DOCUMENT_TOKEN_TO_BE_REPLACED