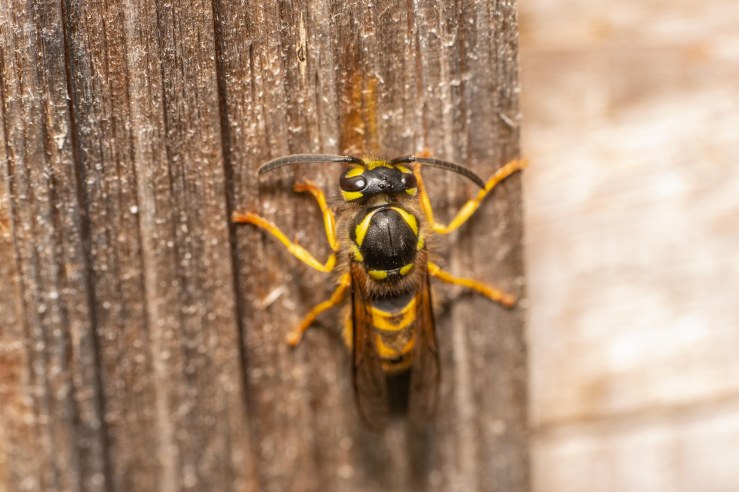 The garden is very dry and the insects are becoming more scarce, but that can help to focus on a species and reach deeper into their ecology and the relationship we have with them. We’ll get to that in good time.

I’m writing this on a rainy day so hopefully summer won’t come to an end prematurely. I have one plant which I’m hoping will flower soon that my invertebrate friends will like. 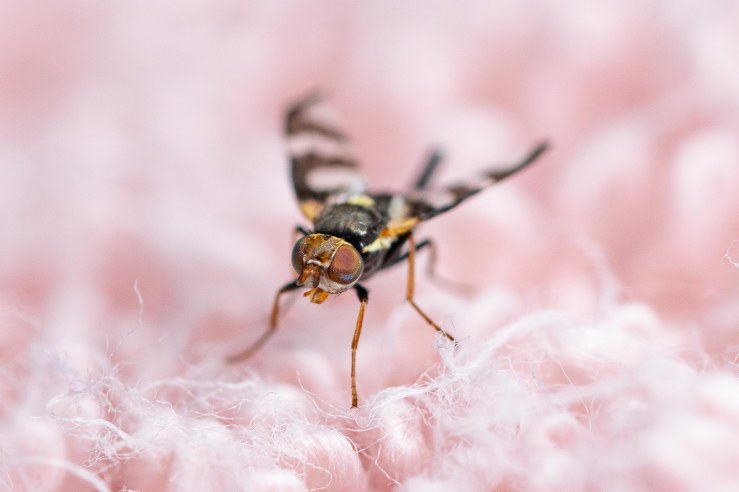 I did a lunchtime circuit of my garden on a warmer, sunnier day and found pretty much nothing. I was just heading back into the house when I spotted this zebra-like patterning on a towel that was drying in the sun. 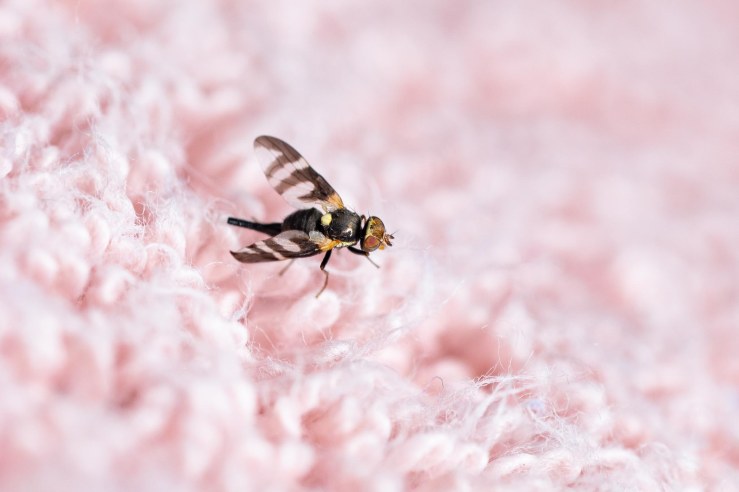 I snapped a few pics and luckily they focused in on the eye. Looking at a towel this close shows what we fail to see with the naked human eye in terms of microfibres. 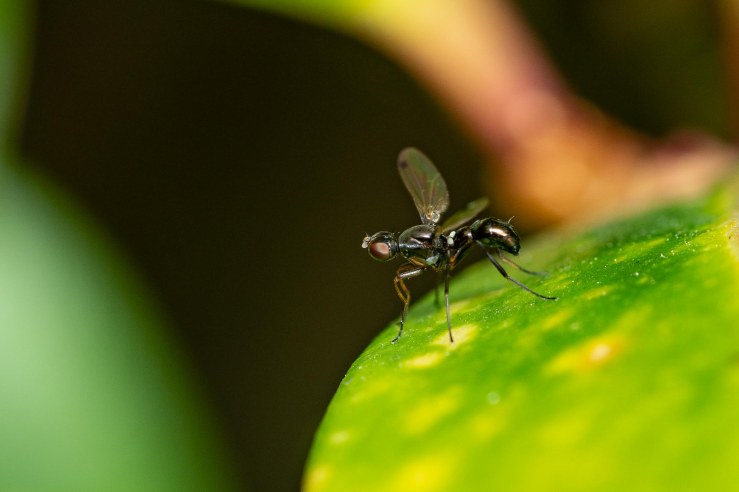 The fly family were the most visible subjects in the past week. This is a species that seems not far from picture-winged flies. It’s probably Sepsis cynipsea, a scavenger fly. Its wings do this rotating movement as it hops around in the hedge. They’re known for their relationship with cattle dung, and there are farms about 2 miles away so maybe they travel into small towns as well for fun.

Another black and white fly but much larger than the other species above. I really like these flesh flies, their black and ash-white patterning, and bright red eyes are really attractive. I appreciate that is probably not to everyone’s taste.

But of course, this blog would not be complete without checking in on those gorgeous greenbottles.

To The Man on the Street’s acute frustration, wasps are now active. I saw a wasp peeking out from behind a leaf in a hedge one lunchtime and found that it wasn’t moving. I picked it up and saw that it had been predated, with its lower abdomen missing. I think this was probably the work of a bird, as species like great tit are known to eat bumblebees by basically disemboweling them. House sparrows are also in good numbers in my garden and I often see them picking bees, flies and butterflies out of the air. In this case I’m praying that insects don’t feel pain 😦

Over on the other side of the garden, this wasp was doing its woodcarving work. These woody fibres will be taken away and used to build the stunning nests they make. For anyone who has read this blog series before, you’ll know that I love wasps and am keen to promote their conservation in any way I can. Let’s talk about their nests a bit. 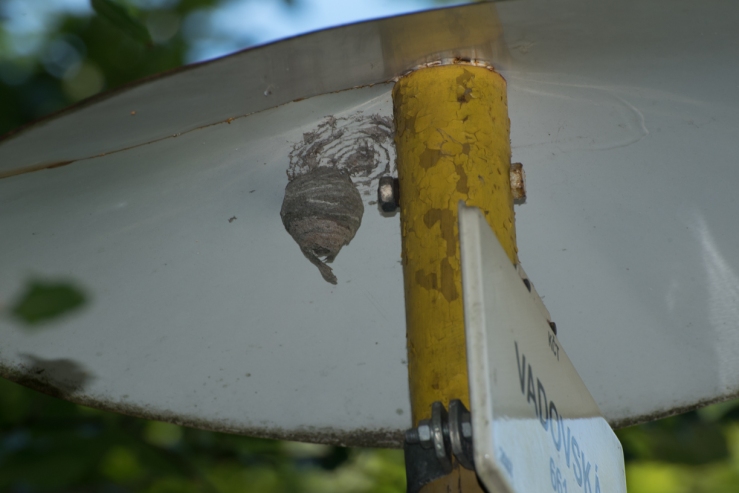 This probably isn’t a common wasp nest but it’s the best external image I have. It’s a nest in a protected landscape in Czechia, the White Carpathians. I think it’s a social wasp nest, rather than a solitary species because it’s a bit bigger but I could be wrong.

This was also taken in Czechia but in a different location. This is what it looks like inside a social wasp’s nest. Can you believe that this is built by wasps? It’s absolutely mind-blowing. We were walking along a forest road and it was sitting there on the ground. The best explanation we could come up with was that the nest had been predated by a honey buzzard and dropped in flight. Honey buzzards mainly eat this kind of thing. At least, that is the most spectacular explanation for why we found it.

So next time you consider needlessly destroying a wasp nest, think about all the craft and insect-skills that went into it. Do you really need to harm it? Can you learn to accept them and keep a safe distance? Can you learn to love them?