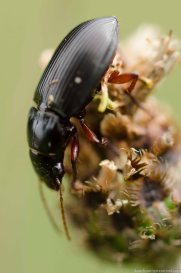 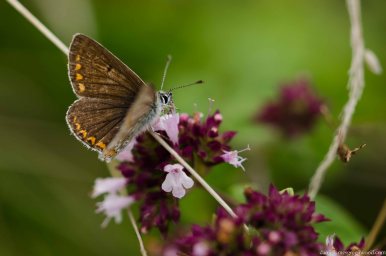 The woodpigeons take flight as the gunshots ripple through the air from a neighbouring farm. I heard a little girl say, with great sincerity, that she wanted to come back to the downs with her sled when it snows, ‘I love it here,’ she said. So, what gives the fool with a gun his pleasure? It’s a question that needs answering the world over. But it’s not just pigeons that disappear into the trees at the sound of ammunition, a sharp-winged kestrel evacuated a tree in the middle of this hillside meadow, slipping into nearby Devilsden Wood like a compact disc. Thankfully the insects and wildflowers aren’t fussed by the gunfire, instead common blue butterflies drink from wild marjoram, a hornet mimic hoverfly, Volucella inanis, does the same. A white tailed bumblebee’s heft droops the heads of yellow rattle, still flowering low. From amidst the flowers birch, willow and ash leaf like little green fires ready to burn these grasslands up into centuries of shade. The man with the strimmer will hold back their revolution with those of his machine. If only the ammonia stench from the grazing cow’s dung could be cut back like vegetation. When you step in it, it follows you around wherever you go. At least I’ll have a carriage to myself on the train home.