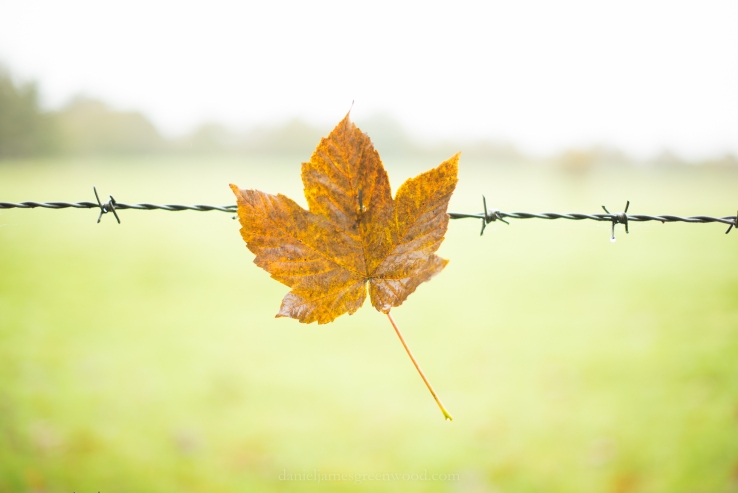 In Roydon Woods the sycamore leaves are falling. Though they won’t lie for anywhere near as long as beech leaves, they are something of a sheet across the ground, like papers dropped and never collected. One leaf is caught on the barbed wire of the neighbouring fenceline, and I never can tell whether it’s the work of the wind or someone trying to make a point.

Over the past few days rain has returned to southern England. But if you put a spade in the ground the dampness is only a few millimetres thick. It doesn’t bode well for a mushroom search.

Earthballs sit as their name suggests, as scaly mainstays. Clouded funnels, their caps like an Americano dusted with air pollution, have fruited and now teeter on crumbling stipes.

A low roar carries across the open wood, where deer have established a browsing-line removing the thicket layer. It’s not the sound of a machine but a rutting stag. It is their time. Content that its voice is distant I carry on along the path, drifting off on occasion to find softer layers of leaf litter.

In amongst stumps and mosses are miniscule bonnets, perhaps. They fruit so quickly and root only lightly. In another spot a patch of orange waxcap-like mushrooms bulge, beside them a row of coral fungi that are only seen after the long pause of wondering what the orange ones might be.

Crouched down with the coral a grey blur passes in the corner of my eye. I look up – nothing. The sound of galloping hoofs and a female deer is chased by a stag with a small set of antlers. Remaining still, not twenty-feet away I look back to the path, and join it again. The deer, with its white tush and black-edged buttocks, watches me with its head turned, I walk on so as not to become part of this conflict, the stags still roaring in the distance.

I stop for lunch and to write this under a favourite beech tree. There are lots of animals moving around where I sit. A flock of blue and great tits hop around the leaves of fallen branches, a frog leaps out from the remnants of a children’s weekend den. It gave me a fright, a wood sprite bursting into life.

The rule is simple: sit, wait, be still, be silent, and you will see things.

From the field at the edge of Roydon Woods the horses are startled and begin to gallop. I stand to look and along the adjacent path a stag trots, horse-like, too. He, again, is twenty-feet away. He sees me, stops and heads off into the dead bracken and birch trees that surround the beech tree I stand under.

I think it’s gone, but looking again I see a pair of antlers facing me in the bracken. Then I see its eyes, it watches me, head on. Then it runs away, crashing through thick, hard bracken and birch twigs.

Worried by its closeness and size, I get moving again back towards the path. What I think is a false deathcap mushroom sits under leaves at the edge of the bank.

A gun shot is fired, one more, and another.

It rings out, fading into the open woodland like a vapour. The stag – the shots came from the direction it had headed into. I recall its face, perhaps that first gallop, was it running for its life?