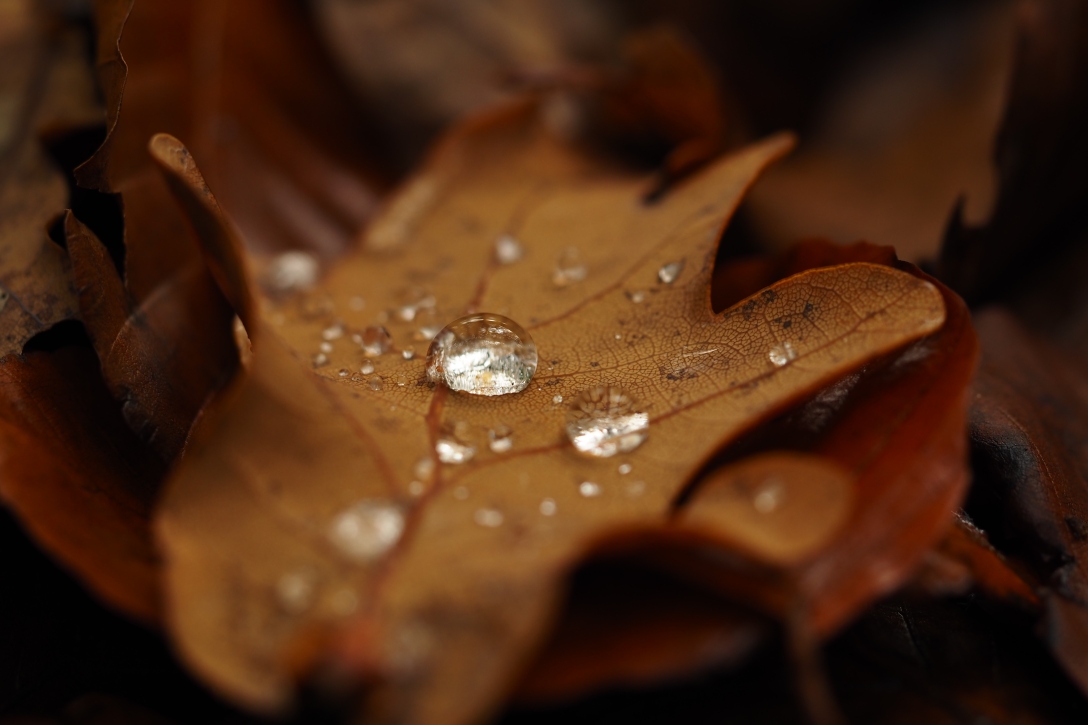 I did say this blog would make the odd appearance, outside of insect season. Here we go again! I’ve spent some decent stints in the woods recently. It always surprises me how much there is to see at a very small scale in woodlands at this time of year. That’s even before the frost, snow or ice has come into play. In southern England it looks like snow could be coming.

I was looking for fungi on both occasions but with less of a sense of expectation. It’s a better way to be, you’re more relaxed and open to finding new things. Though most plants have shed their leaves by December, there are many which are evergreen. Some plants look especially nice when there has been a bit of rain, with honeysuckle being one of them. This is a time of year when YouTube photographers will be posting videos about droplets.

Honeysuckle is a plant renowned for its scent, which is beautiful. I have fond memories of walking home from the train station at night in south London with the whiff of honeysuckle flowers coming from a local nature reserve. The leaves are tough, what you might expect from an evergreen plant. The cells are not allowing much movement of water molecules, or even gases, which means the water droplets sit on top. I may be wrong about that.

Oak leaves are not evergreen, but they are very tough. A fallen oak leaf is a great platform to find water droplets.

I think quite a lot about how weird some of the things I photograph are. I wouldn’t change that. Most of the well known photographers have massive tripods and are looking for the perfect light in some amazing landscape. Generally I am down in the leaf litter looking for the smaller things. It’s an incredible place to be.

You do find some very unusual things. I spotted this moth, species unknown to me, which had been predated perhaps, or had succumbed to the cold. It looked just like a leaf with an water droplet resting in its underwing. Leaf litter is such an important part of woodland, with the soil being the most important part of all. It’s where much of the magic happens. A UN report has warned about the need to protect soils without delay.

Soils are formed in woodland by decaying organic matter which is recycled by fungi, bacteria and invertebrates. Inside a fallen tree I found these slime moulds, another recycler and consumer of organic matter. I think these are a species of Trichia.