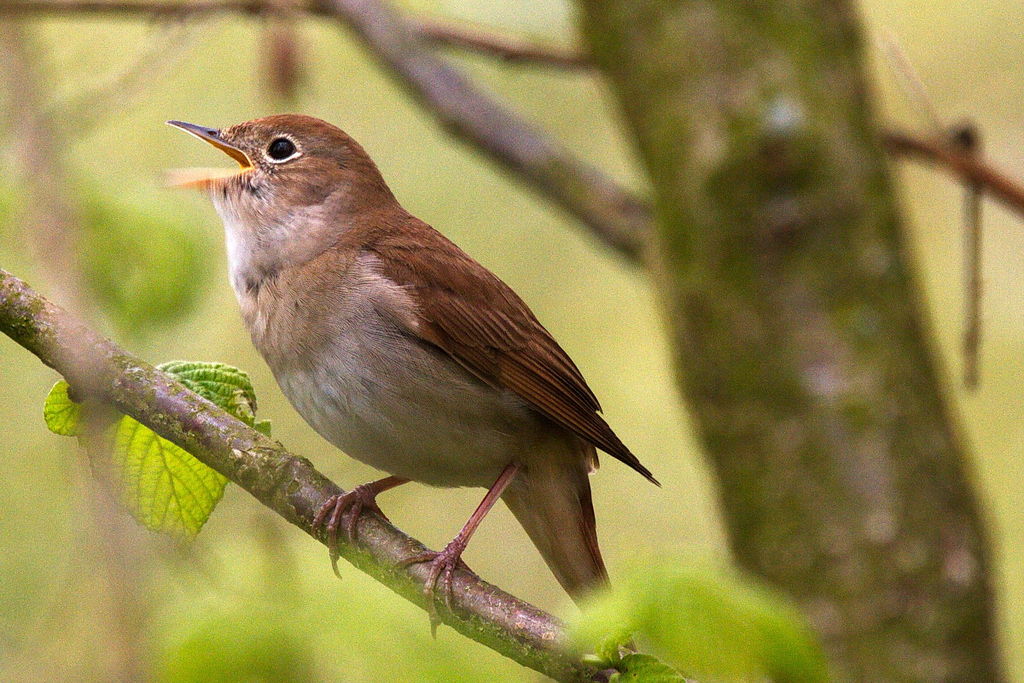 It was a quick lunchtime visit to the household recycling centre, the kind of thing that is exciting enough in a year of lockdowns.

Having been waved in and asked to mask-up, I got out of the car and began searching the options to recycle some fabric. A workman was collecting materials and asked me to make it easier for him and drop it straight into his dumpy bag. It made it easier for me, too.

It was a warm and cloudy afternoon with the sun breaking through. The air held that acrid whiff of landfill, like sickening vinegar.

Returning to the car, I was distracted by something. The one-way system that takes you through the recycling centre was edged by wrought iron fencing. Beyond that an old, overgrown hedge with brambles, hawthorn and perhaps willow, marked by a large oak tree. This area sits on Weald Clay, which I’ve learned was once known geologically as Oak Tree Clay, so common is the species in this landscape.

A bird was singing from somewhere along the hedgeline, mixing in with other bird calls and sounds. Typical late April in southern England, with the new arrivals from Europe and Africa breaking out in song after unthinkably dangerous and long journeys north. After resting, you would sing, too.

I had heard this song a few times before in Sussex, with their stronghold at Knepp or else at Woodsmill in Henfield. In 2017 I’d honed my understanding of their incredible song while on a conservation study tour of the Oostvaardersplassen in the Netherlands. Hearing this bird in little olde England is something else.

The song was unmistakable. I took out my phone and recorded a short clip. Just 20 seconds.

I had to drive along to the next bay to dispose of some cables and empty tins of emulsion. I wanted to tell the men working on there what they could hear if they listened, and ask if they already knew. They might have known. I asked one worker a question about solvents and he replied with eastern European-accented English. Nightingales are not so rare in that part of the world, perhaps he knew their song from his childhood.

It’s why I love John Keats’s poem so much (below), because he knew how important birdsong was to all people. Not just landowners who know how to welcome nightingales, those who can afford holidays to hear them, or those as privileged as me to live in this beautiful place. By that I mean Sussex, not the tip.

This bird had flown all the way from Africa in a time of globalised trauma, when they are disappearing from our island as a species. We are all connected, we just need reminding sometimes.

6 thoughts on “The Sussex Weald: a nightingale sings at the recycling centre”