After so much recent rain, the water flows fast through the s-shaped streambed of Sheepwash Gill. Clouds have consumed a sunny morning, Wealden clay clogs under foot. I’m trying to cross the gill by treading across the buffed sandstone which is usually above water. This is no ‘Robert Macfarlane climbing a mountain up a stream in his pants’ kind of effort. The water runs ankle-high against my boots.  On the other side a dog bounds down off the leaf-littered slope and barks at me, stopping my crossing. It’s big. It jumps around at the water’s edge in that ‘I’m trying to pretend I’m going to eat you’ kind of way. Its owner calls it back and I find another way to cross.

A girl watches me as I find a short gap to hop over. The dog is her family’s. They’re gathered around dens made from branches and logs on the banks of the gill. The eldest man is grappling with a thirty-foot long birch tree that’s hung up in another tree. He’s getting advice from his young son on how to get it down. The man is wearing brown leather safety boots, a sure sign of a construction worker enjoying a Sunday with his family in the woods.

The birch won’t move much and he gives up. St. Leonard’s Forest is covered in birch. It’s the most westerly point of the High Weald’s heaths, much of which is covered by wild birch and gorse, or otherwise planted up with conifers for forestry. Birch is seen as an enemy or nuisance but it is a special tree that has benefited our species in our evolution. Its wood makes excellent spoons, its bark can be used as fire lighter, its sap tapped for syrup, its branches make brooms. Its Latin name ‘betula’ means ‘to beat’. Getting walloped by birch branches was once a recognised punishment, sometimes in public.

The birches are all yellowing and dropping now, turning to their deep, purple and leafless phase. The small yellow leaves catch by the petioles in mosses and on the splintered fibres of broken heartwood. In the dark pine plantations of St. Leonard’s Forest they fizz and spark. 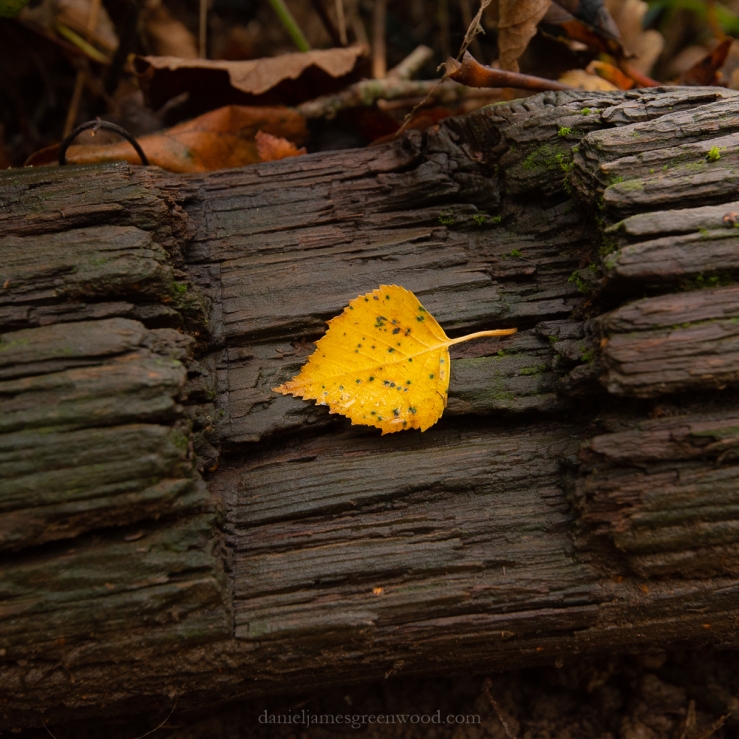